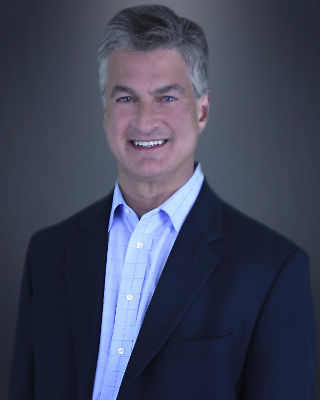 Dr. Michael Freedman, a Downriver ENT doctor in Michigan, is an expert in Balloon sinuplasty. Also known as Baloon Sinus Dilation, it is a type of endoscopic nasal surgery. It uses small balloon catheters that inflate to drain the large nasal sinuses.

Balloon sinuplasty is typically used to treat cases of severe rhinosinusitis or sinus inflammation and blockage in the nose.

The procedure was adapted from angioplasty, where balloon catheters are used to dilate damaged or congested blood vessels near the heart.

Balloon Sinus Dilation (BSD) is an advanced surgical procedure used by Dr. Michael Freedman to treat sinusitis and other related problems through minimally invasive techniques. Balloon Sinuplasty is a breakthrough procedure that relieves the pain and pressure associated with chronic sinusitis. It is used by surgeons to safely and effectively treat chronic sinusitis patients who are not responding well to medications such as antibiotics, nasal steroids, or over-the-counter (OTC) drugs, and are seeking relief from uncomfortable and painful sinusitis symptoms.
Similar to how angioplasty uses balloons to open blocked arteries, Balloon Sinuplasty, a system of catheter-based instruments, opens blocked sinuses.

The procedure is less invasive than traditional sinus surgery. It allows most patients to return to normal activities quickly within 48 Hours.

With Balloon Sinuplasty, a specially-designed catheter is inserted into the nose to reach the blocked sinus cavity. A small balloon is slowly inflated, which widens and restructures the walls of the sinus passage, helping to drain mucus from the blocked sinus and restore normal sinus drainage without cutting and with minimal bleeding. This approach also preserves the natural structure of the sinuses.

Multiple multi-center studies reported that sinus symptoms improved in 95 percent of patients at an average follow-up period of 9 months and that that improvement was maintained in a high majority of patients who were followed for 3 years.

Safe and effective, with clinically and statistically significant improvement in symptoms, with the majority of patients returning to normal activity within 2 days of the procedure.
Balloon Sinuplasty provided improvement in the symptoms of sinus pressure, headaches, frequency and severity of patients’ sinus infection symptoms, with minimal downtime and a much lower complication rate when compared to traditional sinus surgery.

1) A guide wire and balloon catheter are inserted into the inflamed sinus.

2) The balloon is inflated to expand the sinus opening.

3) Saline is sprayed into the infected sinus cavity to flush out pus and mucus if necessary.

4) The system is removed, leaving the sinuses open.

The surgery is fairly new, approved by the United States Food and Drug Administration (FDA) in 2005.

Balloon sinuplasty, as with all sinuplasty surgeries, is considered extremely effective in reducing symptoms of rhinosinusitis.

Increasingly, balloon sinuplasty is being recognized and fully covered by medical insurance companies.

What is a balloon sinuplasty?

A balloon sinuplasty is a procedure used to treat conditions causing blocked or inflamed sinuses.
The procedure is minimally invasive, involves no cutting or loss of nasal tissues or bone, and has a short recovery time.

As a result, balloon sinuplasty is quickly becoming the surgery of choice for chronic or severe sinusitis that does not respond to other medical therapies, such as nasal decongestant medications and rinses, antibiotics, and nasal and oral corticosteroids.

A 2017 study found that the number of balloon sinus procedures performed in the U.S. increased 59 percent annually from 2011 to 2014.

How does it work?

Balloon sinuplasty works by dilating the openings of some or all three of the major nasal sinuses. This enables them to be cleared and drained.

Most people who need the surgery have a condition that leads to the sinus membranes becoming inflamed, preventing drainage of mucus, pus, and discharge, and causing congestion.

Over time, blocked and inflamed nasal passages can interfere with breathing, and lead to symptoms, such as a headache, jaw ache, and insomnia.

A balloon sinuplasty procedure may help to ease the symptoms of chronic sinusitis.

A 2016 study found that out of 15 adults who received balloon sinuplasty, all reported improved symptoms 3 and 6 months after surgery, without any unanticipated side effects.

The same study concluded that those who underwent balloon sinuplasty had more open, clear nasal passages after the surgery than before.

A 2017 study found that balloon sinuplasty was successful in treating 94 percent of chronic sinusitis cases in 30 children who underwent the procedure. The positive effects persisted for up to 1 year following surgery.

A 2013 study found that out of 20 individuals who received balloon sinuplasty, all reported dramatically improved symptoms within 1 week of surgery. These participants were also symptom-free during follow-ups in the year after their surgery.

Another 2013 study, found that when performed in a doctor’s office under local anesthesia, people who had balloon sinuplasty reported an overall improved the quality of life. They also had more open sinuses in radiographic images 24 weeks after surgery.

The same researchers reconfirmed the improvements in 2015, a further year after their original operations.

Balloon sinuplasty is considered a very safe, effective, procedure when performed by a doctor.

Since its introduction in the mid-2000s, balloon sinuplasty has become one of the most commonly performed types of sinus surgeries. This popularity is because it is associated with such high rates of success and low risks of complications.

Benefits of balloon sinuplasty over traditional endoscopic sinus surgeries include:

As with all surgical procedures, balloon sinuplasty is known to cause some minor symptoms, but this resolves shortly after surgery.

Common minor side effects associated with balloon sinuplasty include:

bleeding or bloody drainage for a few days
nasal, cheek, or forehead tenderness
minor swelling in nasal cavities and passages and surrounding facial area
congestion
infection, usually from a failure to properly cleanse the sinuses after surgery
In rare cases, sinuplasty has been reported to cause more severe symptoms, most notably damage to the structures that separate the brain from the sinuses.

Though also considered a rare complication, sinuplasty has been known to occasionally interfere with an individual’s sense of smell, and the appearance of their nose.

Anytime a person is exposed to a form of anesthesia there is always a risk of severe adverse reactions, such as breathing difficulties and heart failure.

What is the procedure like and does it hurt?

Balloon sinuplasty is a low-risk procedure that has positive results for almost all patients.

Depending on individual factors and preferences, balloon sinuplasties are done by an ear, nose, and throat or ENT doctor in their office, an outpatient clinic, or a hospital.

The procedure may be done using general or local anesthesia.

After administering either form of anesthesia, a doctor inserts an endoscope, a thin, flexible, plastic tube with a camera and light on the end, into the nasal passages.

Once the entrance to the cavity is reached, the doctor will slowly advance a small balloon catheter over the guiding endoscope wire.

When the balloon catheter is correctly positioned inside the nasal passage and cavity, it will be slowly inflated and pressed against the sinus walls, to fracture the bone slightly and force an opening.

Once the balloon is fully inflated, a doctor will flush out the passageways and cavities with a saline rinse to further remove debris. Finally, the balloon is removed and the sinus is left to continue to drain naturally.

Most people who undergo balloon sinuplasty report feelings of sinus pressure or numbness only during the surgery, not noticeable pain. Most procedures take around 1 hour to perform.

A few medical insurance policies still consider the surgery to be an elective procedure, meaning it is not eligible for coverage.

A 2014 statement by the American Academy of Otolaryngology — Head and Neck Surgery (AAO-HNS), called for all insurance payers to consider balloon sinuplasty as a standard cover service.

The out-of-pocket costs and medical approval process associated with each sinuplasty depends on an individual’s plan and case, the severity of symptoms, and whether or not their condition improved with other, less invasive medical therapies.

Overall, the costs associated with balloon sinuplasty range from $2,000 to $7,000. Without insurance, endoscopic sinuplasties typically cost around $20,000 dollars. Generally, surgeries performed in a doctor’s office or clinical setting under local anesthesia cost a fraction of those done in hospitals.

How long does it take to recover?
Most people can go home a few hours after balloon sinuplasty surgeries and return to most regular activities after 24 to 48 hours.

A doctor may advise against nose-blowing for 1 to 2 days immediately after the surgery. Usually, it is advisable for an individual to avoid strenuous activities for at least a week after sinuplasty.

Many people find it helpful to sleep or rest with their head and neck in an elevated position to promote drainage. And over-the-counter anti-inflammatories can help manage irritating or uncomfortable symptoms afterward.